DAH THEATAR HAS FOSTERED INTERNATIONAL COLLABORATION SINCE ITS FOUNDATION 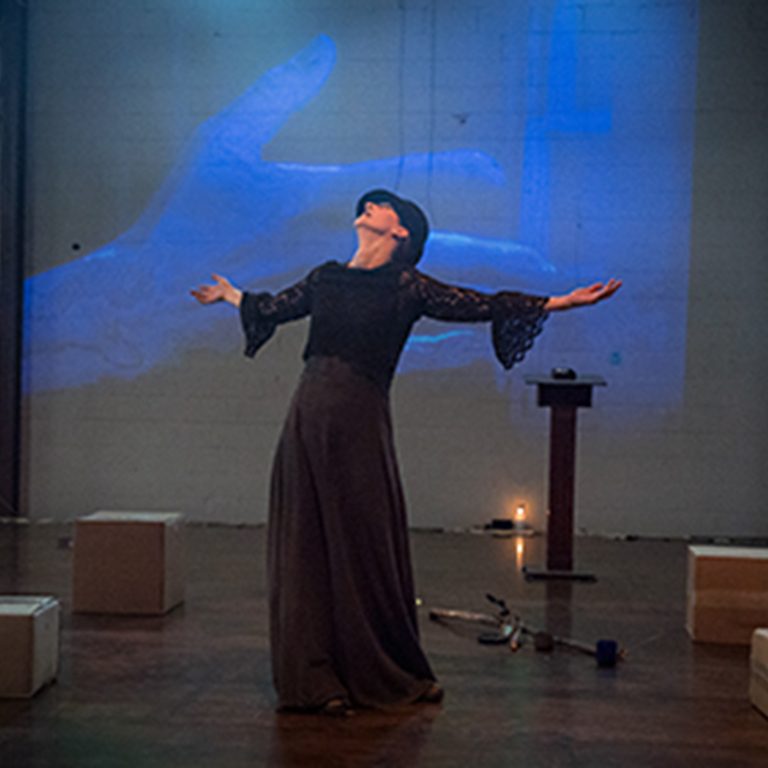 Collaboration between Dijana Milošević and Kathy Randels, Art Spot Productions (New Orleans, USA) to research the topic “how to intervene at the scene of an accident”, called Small Acts of Apocalypse. 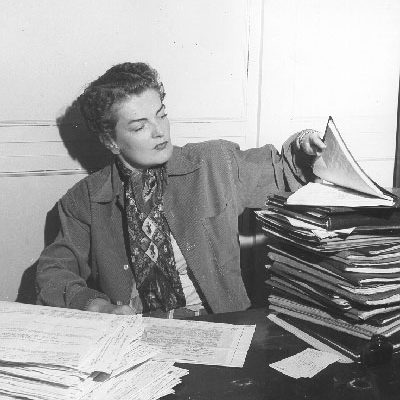 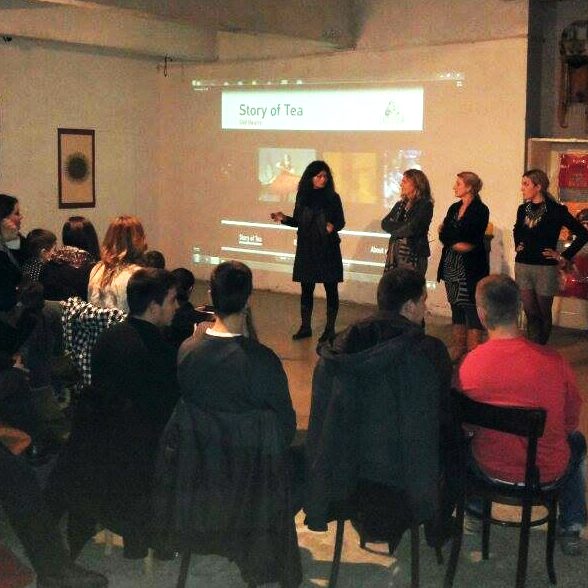 From June, 2002 to April, 2003, the DAH Theater Research Center hosted cultural experts and managers who desired to apply innovative models for working based on research into the cultural practices of organizations and institutions in different environments. The work of the DAH Theater Research Center was observed by guests from Azerbaijan, Poland, Russia, Mongolia and Armenia. 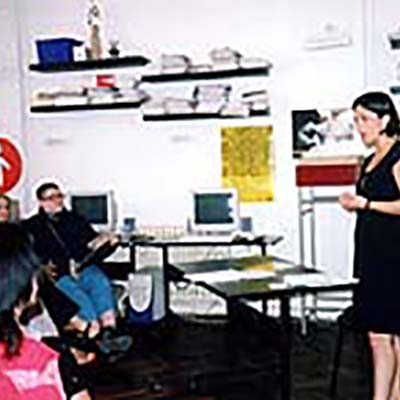 This project was a series of workshops, lectures and meetings that included artists and experts from our country, region and from around the world. It is intended for young NGO leaders, young artists, and students, in order to be informed about the organization, financing, networking and ways of survival of artists- featuring lecturers from: Denmark, Hungary, Romania, Serbia, USA, Great Britain, and the Netherlands.

With the support of ARTS AND CULTURE NETWORK PROGRAM-OSI Budapest. 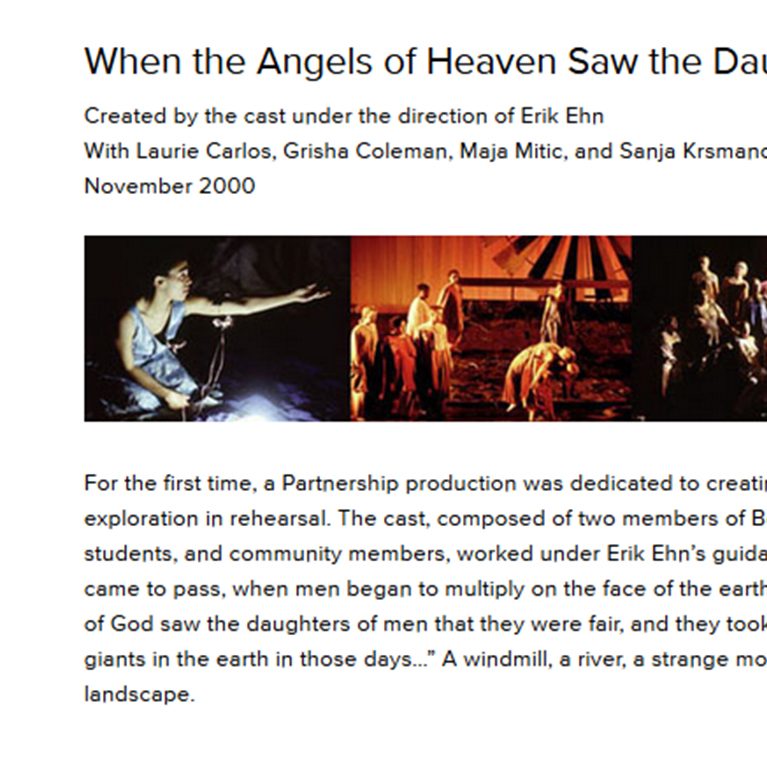 WHEN THE ANGELS OF HEAVEN SAW THE DAUGHTERS OF MAN 2000

A project featuring DAH actresses Sanja Krsmanović Tasić and Maja Mitić, with American actors and musicians, directed by Erik Ehn, a writer from the USA. Mr. Ehn initiated the project in the University Mainstage Theater in Iowa. The Book of Genesis was the starting point for this project, which was described as a “love story on a spiritual level.”

The Partnership in the Arts Program 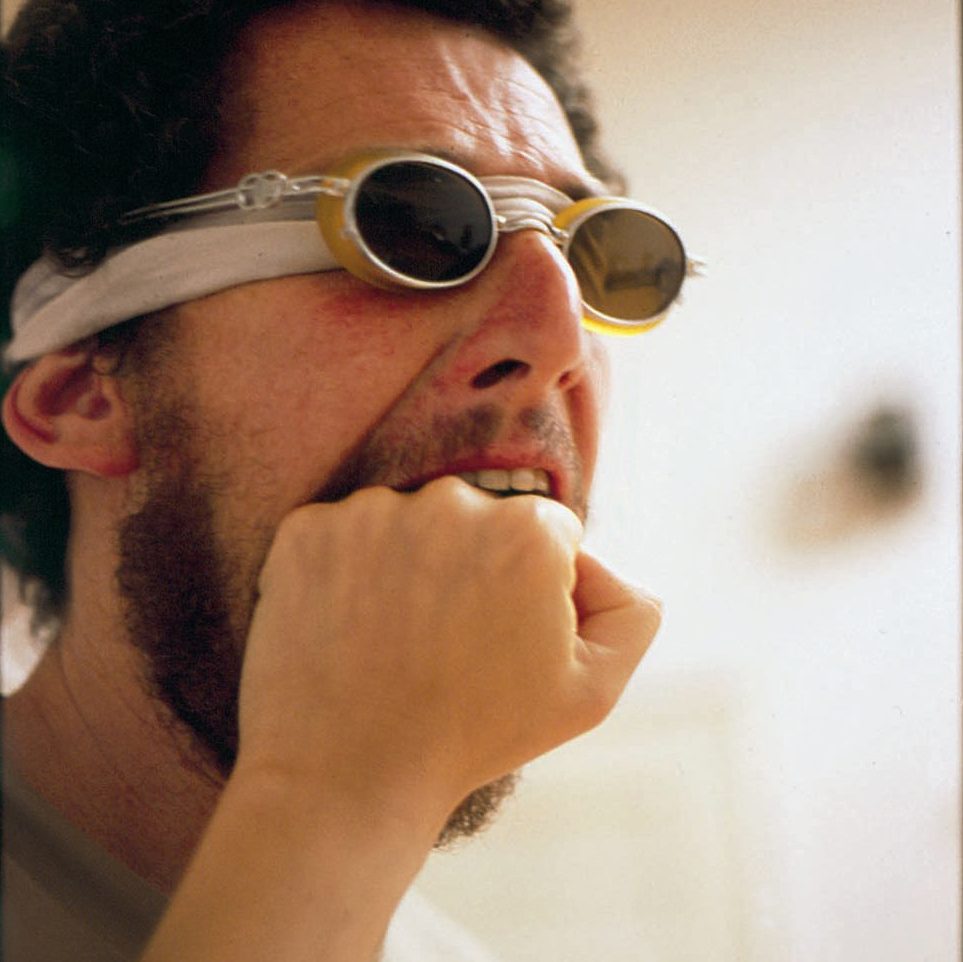 This play was directed by Jadranka Andelić, with Spanish actors (Juan Loriente and Nekane Santamaria), Italian set designer (Antonella Diana) and our musicians and composers (Boris Kovač, Miloš Matić and Goran Penić). The performance dealt with the topic of memory on a personal and historical level. “How can memories, especially difficult ones, become energy for a different future?”  Poetic transformation in theatre – without too many words but like a flashes of images and colours from the memory – can transform painful memories in understanding the complexity of the life, accepting the changes to come in the future. 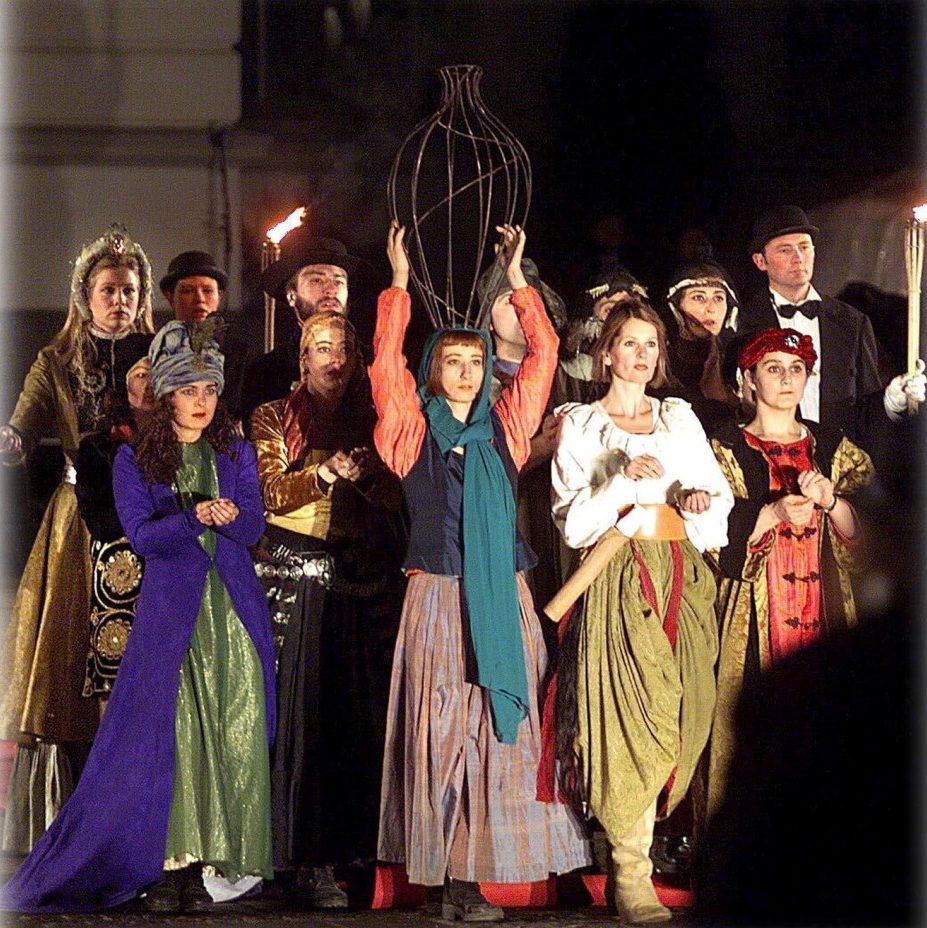 Co-directed by Dijana Milošević and Geddy Aniksdal (Greenland Fry Theater) from Norway. The play was specially created on the occasion of the beginning of the new Millennium and was performed on December 31, 1999 in Porsgrunn, Norway with an international group of theater artists. 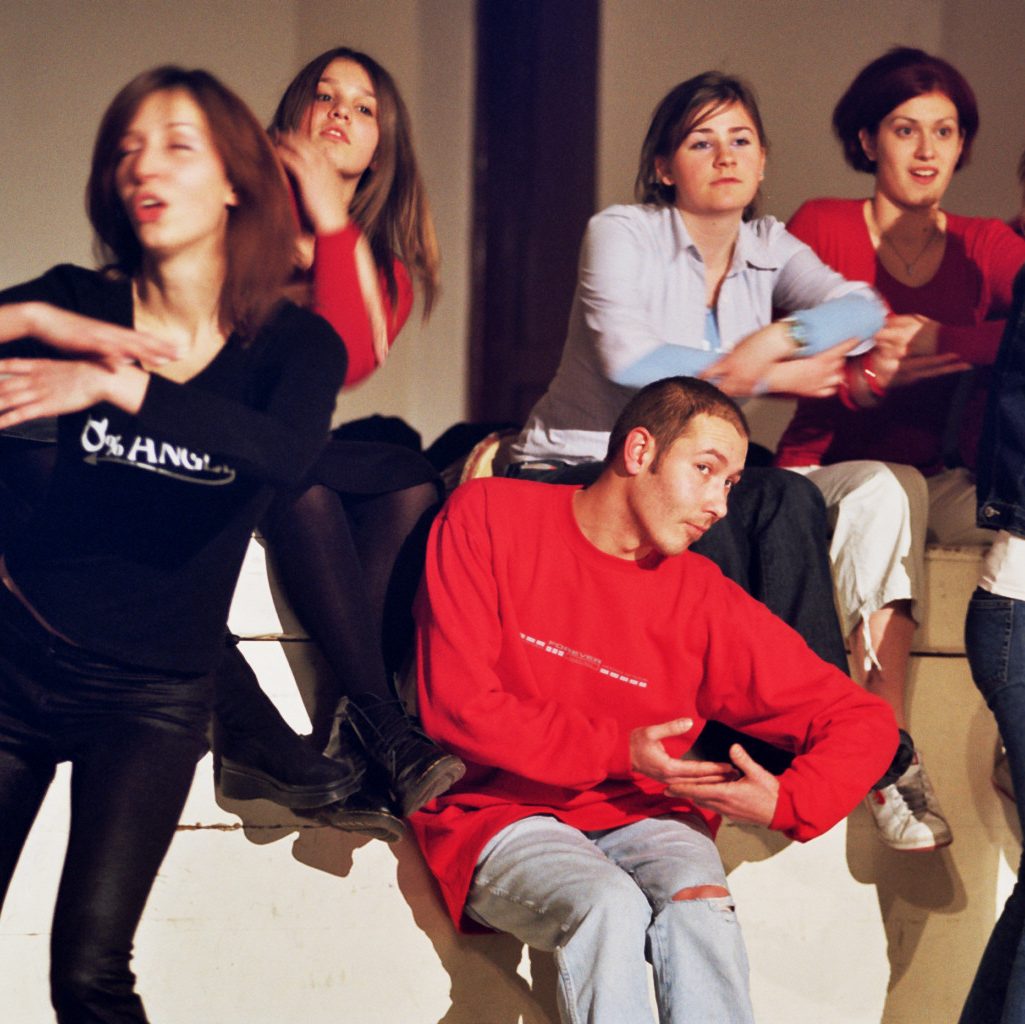 DAH Theater has worked through the years with a groups of young people within the project “Play Against Violence” for the European Cultural Foundation – the Art For Social Change program. The results of this project were presented at the festivals Pragovi (2002) and Pretapanje (2003), organized by the Association of Independent Theaters (ANET) from Belgrade, which was part of the same project.

The Natasha Project is an international network founded in 1992 by theater artists and groups from Denmark, Hungary, Italy, Sweden, the Netherlands and Yugoslavia, including DAH Theater.